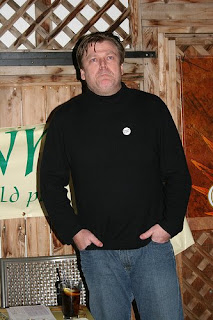 Yesterday, Overstock.com issued its Q2 2010 10-Q (quarter ended June 30) report and surprised investors by reporting a $1.4 million loss or a loss of $0.06 per share compared to a small $319k reported profit or earnings per share of $0.01 in the previous year’s comparable quarter, despite higher revenues.

A disturbing event preceded this announcement.

On May 20, 2010, Patrick Byrne's 100% controlled High Plains Investments LLC dumped 140,000 company shares and collected over $3 million in proceeds, according to SEC filings. That was the first time that Patrick Byrne had ever sold any Overstock.com shares under his control. In my blog, I noted that such a sale was “not a bullish signal to investors.”

Was Byrne aware by May 20 that the company was having a bad quarter, and did he sell having knowledge of that fact? If so, he may be guilty of insider trading, a possible criminal offense.

Nine days after Q2 2010 ended, by which time Byrne undoubtedly knew that the quarter had ended with a loss, Investor’s Business Daily reported:


But break-even might be a tough goal for the second quarter. Analysts polled by Thomson Reuters expect the company later this month will report a loss of 4 cents a share, compared with a 2-cent profit a year earlier.


You predicted that Overstock would only break even in the second and third quarter, but didn't seem too concerned by that. Why?


Given that in 2009 we had close to $40 million of free cash flow (and $8 million net income), I think we should just continue building the intrinsic value of the business right now.

In other words, nine days after Q2 2010 ended, Byrne apparently led investors to believe that Overstock.com was going to break even in that quarter by citing previous year's free cash flow numbers and reported income. However, Byrne did not mention that Overstock.com's this year's free cash flow for the six months ended June 30, 2010 was negative $54.8 million compared to negative $35.8 million in the previous year's comparable period or about $19 million lower.

Overstock.com shares dropped $3.40 to per share to close at $16.78 or a 16.85% decline in market value. In other words, Overstock.com's market capitalization dropped over $50 million as investors reacted to the company's surprise earnings announcement.

Patrick Byrne was luckier. In late May, his 100% controlled High Plains Investments LLC sold 140,000 shares and pocketed about $3.1 million in proceeds at an average selling price of $22.11 per share. That's $5.33 per share higher than Overstock.com's closing price per share.

Nice timing for Byrne! Unfortunately investors don't have his access to the company's books and records and on a daily basis.


Dear Patrick Byrne and other persons from Overstock.com:

Overstock.com’s Q2 2010 conference call is scheduled for today at 3 PM ET. I will be calling in. I expect to be permitted to participate in said call and ask relevant questions about Overstock.com. As I recall, in 2005 you allowed a lay person named Phil Saunders AKA Easter Bunny to participate in the call.


I think that we can expect no impolite questions from the quaking analysts in attendance, and no questions permitted from Sam Antar

I do not own Overstock.com securities long or short. My investigation of the company is a freebie for securities regulators to get me into heavean, though I doubt I will ever get there.
Posted by Sam Antar at August 06, 2010