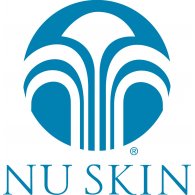 On July 22, 2014, I warned investors that Utah-based multi-level marketing company Nu Skin Enterprises' (NYSE: NUS) surging inventory levels might lead it "to recognize a material impairment charge against inventory in a future period." On August 4, 2014, in a follow-up blog post co-authored with Zac Prensky, we warned investors about a massive inventory pile up in Mainland China. On August 6, 2014, Nu Skin reported its second quarter 2014 financial results and recorded "a $50 million write-down of Mainland China inventory." However, even after the $50 million inventory impairment charge, the pile of remaining unimpaired inventory is equal to enough merchandise to fulfill 335 days of sales versus only 146 days of sales in the comparable second quarter of the previous year. Therefore, there is a high risk that Nu Skin may have to reduce gross margins to clear out excessive inventories and there remains a high risk that it may have to report another material inventory impairment charge.

So while we reported gross margin for the quarter 76% without this $50 million inventory charge, gross margin would have been a solid 83.7% that's compared to 83.4% in the prior year.

Even if we take into account the $50 million inventory impairment, at the end of the second quarter of 2014 Nu Skin carried enough unimpaired inventories to fulfill 335 days of sales versus only 146 days in the comparable second quarter of 2013. Its days-sales-in-inventory was 129% higher in 2014 compared to 2013.

In the second quarter 2014, 10-Q report page 14, Nu Skin disclosed "adjustments" to its inventory "carrying value" but did not make it clear whether the impaired inventory was still on hand for future sale (albeit to recover costs) or was actually discarded (trashed as unsaleable):

During the second quarter of 2014, the Company made a determination to adjust its inventory carrying value. Heightened media and regulatory scrutiny in Mainland China in the first part of 2014, and the voluntary actions the Company took in response to such scrutiny, had a negative impact on the size of the Company's limited-time offer in June, which significantly reduced its expectations for plans to sell TR90 in a limited-time offer later in 2014 or the beginning of 2015. This resulted in a $50 million write-down of estimated surplus inventory in Mainland China. Total adjustments to the Company's inventory carrying value as of June 30, 2014 and December 31, 2013 were $58.0 million and $5.9 million, respectively. [Emphasis added.]

I am a convicted felon and a former CPA. As the CFO of Crazy Eddie, I helped mastermind one of the largest securities frauds uncovered during the 1980's. Today, I advise federal and state law enforcement agencies about white-collar crime and train them to identify and catch the crooks. Often, I refer cases to them as an independent whistleblower. I teach about white-collar crime for government entities, businesses, professional organizations, and colleges and universities. I perform forensic accounting services for law firms and other clients.

I do not own any Nu Skin securities long or short.
Posted by Sam Antar at September 08, 2014