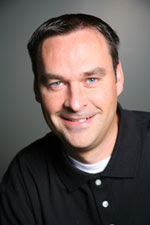 During Chidester's tenure as CFO, every single initial financial report for every reporting period issued by Overstock.com from the company's inception to date has violated Generally Accepted Accounting Principles (GAAP) and other SEC disclosure rules. Overstock.com restated its financial reports two times due to accounting errors.

In February 2006, Overstock.com restated its financial reports from Q1 2002 to Q3 2005 due to inventory accounting errors.

In January 2009 David Chidester was replaced by Steve Chesnut as CFO and was moved to the postion of Senior Vice President Internal Reporting and Information. In addition, Grant Thornton replaced PricewaterhouseCoopers as Overstock.com's auditors.

In September 2009, the SEC Enforcement Division started investigating Overstock.com after reports in this blog detailed how the company used an improper "cookie jar" reserve to material inflate its financial performance from Q4 2008 to Q3 2009.

On January 19, 2010, The Big Money published an article by investigative reporter Roddy Boyd that exposed how Overstock.com purposely withheld information from investors during 2005 and 2006 about its inadequate internal controls and engaged in a New York State sales tax dodge scheme known as "Operation Heist and Freeze."

My separate examination of Overstock.com's SEC filings found that CEO Patrick Byrne and CFO David Chidester both signed Sarbanes-Oxley certifications for financial reports claiming that the company had effective internal controls over financial reporting, while internal company documents obtained by The Big Money contradict their representations to investors.

Those same financial reports that were certified by Byrne and Chidester were later restated two times: in February 2006 due to inventory accounting errors and in October 2008 due to customer refund and credit errors. Apparently, both Byrne and Chidester signed Sarbanes-Oxley certifications that were knowingly false.

The SEC is certainly going to expand its investigation to include false filings to investors by Byrne and Chidester. In addition, Overstock.com faces an investigation by the New York State Department of Corporation Finance for its sales tax dodge scheme reported by Boyd and known inside the company as "Operation Heist and Freeze."

A day after Roddy Boyd's article was published, Overstock.com and David Chidester parted ways by "mutual agreement." In a tersely worded statement, the company disclosed:


Unlike other departures of key insiders, there were no words of praise for Chidester from Byrne or the company.

Perhaps Overstock.com is taking the "ignorance is bliss" approach to dealing with KPMG, its new auditors. Current CFO Steve Chesnut, who joined the company in January 2009, was not around during most of the improprieties being investigated by the SEC. While Patrick Byrne does not want Chidester, who knows where the bodies are buried, to stay around.

Other issues SEC is probably considering

Was the SEC tipped off by an insider with personal knowledge of black holes in Overstock.com's financial reporting? In any case, it's reasonable to assume that the SEC believes that Overstock.com's management "pulled the wool over their eyes" in its earlier investigation of the company.

On the hot seat

While David Chidester certainly has personal knowledge of improprieties at Overstock.com, I view him as a weak minded follower and not a leader type. According my sources, Chidester is "yes man" who eagerly catered to the whims of his ego centric boss Patrick Byrne. Therefore, investigators will probably put Chidester under tough scrutiny and enormous pressure in order to get him to cooperate and provide testimony implicating Byrne and others. I personally think it's just a matter of time before Chidester cuts a deal. How long is anyone's guess.

I do not own Overstock.com securities short or long. My research on Overstock.com and in particular its lying CEO Patrick Byrne is a freebie for securities regulators and the public in order to help me get into heaven, though I doubt that I will ever get there anyway. I will probably end up joining corporate miscreants such as Patrick Byrne in hell. In any case, exposing corporate crooks is a lot of fun for a forcibly "retired" crook like me and analyzing Overstock.com's financial reporting is a forensic accountant's wet dream.
KPMG has sponsored at least two of my free speaking engagements to universities and colleges.
Posted by Sam Antar at January 28, 2010