Is Overstock.com Shopping for an Audit Opinion? 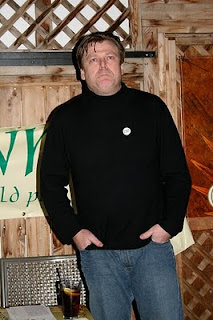 Overstock.com (NASDAQ: OSTK) just hired KPMG as its auditors to replace Grant Thornton who was recently fired by the company, despite previous assurances by CEO Patrick M. Byrne (photo on right) and company President Jonathan E. Johnson that they would not hire new auditors until after the Securities and Exchange Commission Division of Corporation Finance completed its review of certain financial reporting irregularities.

Both the SEC Enforcement Division and Division of Corporation Finance started investigating Overstock.com after I alerted them that the company violated Generally Accepted Accounting Principles (GAAP) by improperly establishing what is known as "cookie jar" reserves to inflate its financial performance starting in Q4 2008. Afterwards, Overstock.com fired Grant Thornton as the company's auditors and publicly vilified them when they recommended another restatement of the company's financial reports, just as I previously called for in my blog. The company filed an "unreviewed" Q3 2009 10-Q and CEO Patrick Byrne and CFO Steve Chesnut did not sign required Sarbanes-Oxley certifications. NASDAQ sent Overstock.com a letter warning the company of a possible de-listing. NASDAQ recently granted Overstock.com an extension to comply with its listing requirements.

Patrick Byrne and Jonathan Johnson went back on their promise that they would not shop for an audit opinion. Both Byrne and Johnson previously told investors that Overstock.com would wait until after the SEC Division of Corporation Finance completed its review of the company's financial disclosures. See quotes from transcript below:

Willis Taylor - Gagnon Securities - Analyst: Since you've dismissed your auditor for a very specific accounting choice, when you go to select a new auditor, how do you prevent yourself from being accused of opinion shopping?

Jonathan Johnson - Overstock.com - President: That's a great question, Louis, and that's part of the reason that we've decided not to select a new auditor until this -- until we resolve this issue with the SEC.

Patrick Byrne - Overstock.com - Chairman and CEO: But, so, I would even say to the point that when people have contacted us, we have discouraged any communication on the grounds that we got -- for just that reason -- well, I have the -- no matter who we talk to now, then whoever we ultimately pick, people are going to say, well, you did this because you opinion shop.

So we're really not having discussions with anybody. It's nice to get phone calls, but we're not talking to anybody until we get through this just to prevent -- just as a prophylactic measure.

Thank you, Willis. Did you have another question?

KPMG is taking a client with no management integrity as is well advised to study SAS No. 99 about "Consideration of Fraud in a Financial Statement Audit" regarding the unethical "tone at the top" set by Overstock.com's unprincipled management team.

Overstock.com has engaged in a vicious campaign to stalk, harass, and intimidate its critics. Judd Bagley, a creepy cyberstalker hired by Patrick Byrne, recently violated Facebook's Statement of Rights and Responsibilities and deceptively posed as "Larry Bergman" in an effort to gather personal information and spy on Patrick Byrne's critics, including me.

Judd Bagley, posing as an imposter, even tried to "Facebook friend" minor children! The nauseating Bagley even encouraged readers to dig into the backgrounds of family members of Byrne's critics, even their minor children, too.

Investigative reporter and blogger Gary Weiss's discovered the pretexting scam by Overstock.com. Barry Ritholtz, another stalking victim of the company, has called for a boycott of Overstock.com in his widely followed blog (107,000 subscribers).

Sorry, dear reader but apparently the high profile cat fight between the company and Grant Thornton wasn’t enough to scare KPMG off. Not even the very public revelation of Patsy’s creepy-ass stalking of Overstock critics in the financial media and blogosphere caused the KPMG partners in SLC to turn this client down.

Oh, and not to mention a management team who thought that filing unreviewed 10-Q was the best course of action.


While Adrienne Gonzalez, another widely read accounting blogger, was even more blunt in her criticism of KPMG:

F..cking KPMG. Come on, you can do better than this.

KPMG just sold its ass up the river.


Hopefully, KPMG (see explanatory note below) has learned from its improper establishment of "cookie jar" reserves that aided the Crazy Eddie fraud in 1986 (See my whitecollarfraud.com Crazy Eddie Fraud page and section entitled, "Too much earnings inflation in fiscal year 1986"). However, KPMG did not seem to learn anything about taking clients like Crazy Eddie that lack management integrity.

Hey, somebody had to get the job eventually. Bernie Madoff's auditor is unavailable, so Byrne chose the next best thing -- the auditor who, as Sam points out, let Crazy Eddie get away with murder.


KPMG's audit crew was a fun bunch to hang with, back in the day. During the Crazy Eddie investigation, I was once asked by the SEC if I got the audit partner "laid, relayed, and parlayed."

KPMG is well advised to read my open letters to the SEC (please note that each letter is based on Overstock.com's deliberately vague, incoherent, and inconsistent, and often contradictory disclosures at the time each one was issued):

I do not own Overstock.com securities short or long. My research on Overstock.com and in particular its lying CEO Patrick Byrne is a freebie for securities regulators and the public in order to help me get into heaven, though I doubt that I will ever get there anyway. I will probably end up joining corporate miscreants such as Patrick Byrne in hell. In any case, exposing corporate crooks is a lot of fun for a forcibly "retired" crook like me and analyzing Overstock.com's financial reporting is a forensic accountant's wet dream.

KMPG has sponsored at least two of my uncompensated fraud lectures at certain universities.
Posted by Sam Antar at December 29, 2009