My Reporting of a Financial Statement Manipulation Scheme at Overstock.com is Vindicated by Latest Company Announcement 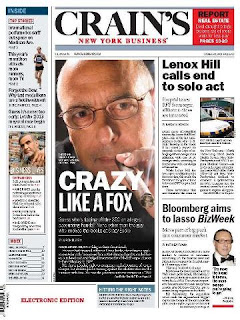 This evening Overstock.com (NASDAQ: OSTK) announced that the company is restating all financial reports from 2008 to Q3 2009 as a result of material violations of Generally Accepted Accounting Principles (GAAP) and other SEC disclosure rules. This announcement vindicates my reporting of a financial statement manipulation scheme by Overstock.com and its unprincipled management team, led by CEO Patrick M. Byrne.

How it all started

In October 2008, Overstock.com restated its financial reports from Q1 2003 to Q2 2008 due to customer refund and credit errors. However, the October 2008 restatement did not include corrections arising from underbilled offsetting costs and reimbursements that were already earned from its fulfillment partners during those same corresponding periods, less a reasonable estimate of uncollectable amounts. In other words, Overstock.com should have gone back and corrected or restated its financial reports to reflect income already earned from offsetting costs and reimbursements due from its fulfillment partners, less a reasonable estimate for uncollectable amounts. (See SFAS No. 154 and SFAS No 5 paragraph 1, 2, 8 and 23). It didn’t.

Overstock.com ridiculously claimed that the collection of the entire amount of its underbillings (every single penny) “was not assured” and instead falsely claimed that a "gain contingency" existed rather than make a reasonable estimate of uncollectable amounts as required under SFAS No. 5. Therefore, Overstock.com improperly recognized income from underbilled fulfillment partners as amounts due to the company were collected on a non-GAAP cash basis, rather when they were earned under accrual accounting or GAAP.

In Overstock.com's 8-K report released this evening, the company finally acknowledged that its gain contingency was phony:

Once discovered, the Company applied “gain contingency” accounting for the recovery of such amounts, which it has now determined was an inappropriate accounting treatment. [Emphasis added.]


Starting in February 2009, I contacted both Overstock.com and the Securities and Exchange Commission and reported to them that the company had set up an illegal "cookie jar" reserve to materially inflate its future financial performance from Q4 2008 to Q3 2009.

Instead of properly restating its financial reports to correct its intentional breach of Generally Accepted Accounting Principles and other SEC disclosure rules, Overstock.com CEO Patrick Byrne responded by orchestrating a massive corporate sponsored retaliation campaign against me and other critics who agreed with my findings.

In addition, Patrick Byrne, company President Jonathan Johnson, former CFO David Chidester, and others blatantly lied to and misled shareholders during various conference calls and vilified me in an attempt to cover up their financial reporting manipulation schemes.

In September 2009, the SEC Enforcement Division and later the Division of Corporation Finance started parallel probes of the company.

Overstock.com improperly concealed an overpayment error to a fulfillment partner

In October 2009, the SEC Division of Corporation Finance discovered that Overstock.com overpaid a fulfillment partner $785,000 during 2008. The company recovered that overpayment in Q1 2009 and improperly reported the overpayment recovery as income in that same quarter, rather than properly restate its 2008 financial reports to correct that error. In addition, Overstock.com improperly concealed the recovery of the overpayment by including that amount in recoveries from underbilled fulfillment partners in Q1 2009 instead of separately disclosing the overpayment recovery in its financial reports.

Grant Thornton claimed that it did not know about the 2008 overpayment and Q1 2009 recovery from the fulfillment partner until October 2009. After learning about the overpayment, Grant Thornton told Overstock.com that it must restate its prior financial reports to correct that error to comply with GAAP.

As a result of its improper accounting for underbilling and overpayment recoveries from fulfillment partners, Overstock.com is:


In addition, the company will be required to restate its 2008 quarterly financial reports. In Q4 2008, Overstock.com reported its first quarterly net profit after 15 consecutive quarterly losses. The company is now expected to report a net loss in Q4 2008.

On January 19, 2010, The Big Money published an article by investigative reporter Roddy Boyd that exposed how Overstock.com purposely withheld information from investors during 2005 and 2006 about its inadequate internal controls and engaged in a New York State sales tax dodge scheme known as "Operation Heist and Freeze." A day later, former CFO and Chief Information Officer David Chidester left the company. The company faces a certain probe by the New York State Commissioner of Taxation and Finance into its sales tax dodge scheme.

I urge the Securities and Exchange Commission Enforcement Division to bring civil charges against Overstock.com, Patrick Byrne, and other members of the company's management team for securities fraud. In addition, I recommend that the SEC make a criminal referral to the Department of Justice and that Overstock.com's management be prosecuted for their financial frauds on investors and retaliation against their critics.

Patrick Byrne and his cronies should start planning ahead and visit the following web sites:
Special thanks to all those people who stood by me, many of whom were illegally pretexted by the creepy "possible pedarast" Judd Bagley at the direction of Patrick Byrne in an effort to bully me and other critics of the company.

I will provide more details about frauds committed by Overstock.com, certain members of its management team, and others colluding with them in my blog, soon.

10/04/09: Crazy Like a Fox by Aaron Elstein in Crain's New York Business (Download) about my battle with Patrick Byrne to force Overstock.com to comply with GAAP and SEC disclosure rules.

My previous open letters to the SEC (please note that each letter is based on Overstock.com's deliberately vague, incoherent, and inconsistent, and often contradictory disclosures at the time each one was issued):

02/02/10: Open Letter to the Securities and Exchange Commission Part 7: Why Overstock.com and David Chidester Parted Ways

01/25/10: Open Letter to KPMG: A Warning About Overstock.com, Your New Audit Client

I do not own Overstock.com securities short or long. My research on Overstock.com and in particular its lying CEO Patrick Byrne is a freebie for securities regulators and the public in order to help me get into heaven, though I doubt that I will ever get there anyway. I will probably end up joining corporate miscreants such as Patrick Byrne in hell.

In any case, exposing corporate crooks is a lot of fun for a forcibly "retired" crook like me.

Analyzing Overstock.com's financial reporting is a forensic accountant's wet dream and Patrick Byrne is about to become the SEC's new orgasm.
Posted by Sam Antar at February 04, 2010