The above consolidated numbers appear to mask the full extent of Green Mountain Coffee’s declining inventory turnover issues. We need to remove the effects of the Van Houtte acquisition made in December 2010 (during the first quarter of fiscal year ended September 24, 2011) to make an apples-to apples comparison with the previous fiscal year.

Green Mountain Coffee's inventory increased 125.4% compared to both a 101.7% increase in revenues and a 90.9% increase in related cost of sales in the first quarter of fiscal year 2012. Therefore, inventory turnover continued to decline during the first quarter of fiscal year 2012 because reported inventory grew faster than revenues and cost of sales. (Source: 10-Q report for period ended December 24, 2011.)


Its first quarter fiscal year 2012 revenues exceeded its guidance by $67 million to $96 million. Based on Green Mountain Coffee's gross profit on revenues of 29.1% in the first quarter, it delivered an extra $48 million to $68 million of product, at cost, to meet demand above the company's expectations.

The company’s inventory growth exceeded both its actual and expected revenue growth. Inventory turnover should have been higher as the company pushed its product out the door faster to meet unexpected excessive demand during the remaining 45 days of the quarter. However, inventory turnover was lower in the first quarter of fiscal year 2012 compared to the first quarter of fiscal year 2011. 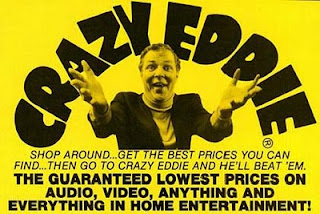 A combination of excessive increases in inventory levels coupled with declining inventory turnover are generally considered to be a red flag for possible overstatements of inventory and earnings among forensic accountants.

For example, before the Crazy Eddie fraud was uncovered, independent analyst Thornton L. O’glove noted that its inventory levels were growing much faster than revenues. He was suspicious that Crazy Eddie was fraudulently inflating its inventories to overstate its profits. Unfortunately, most investors and other analysts ignored his concerns as Crazy Eddie's revenues and profits consistently beat Wall Street analysts' expectations. (Source: Wall Street Journal – By the Numbers: How One Analyst Scores Big by Finding the Dark Side, by Jeffrey A. Tannenbaum and Lee Berton, August 4, 1987).

Ultimately, O’glove was proven correct. Crazy Eddie was over-counting its inventory. It engaged in a massive fraud to overstate profits and fleece investors. Is Green Mountain Coffee another Crazy Eddie? The similarities between the two companies are troubling.

There is a saying, "It takes one to know one." Today, I work very closely with the FBI, IRS, SEC, Justice Department, and other federal and state law enforcement agencies in training them to identify and catch white-collar criminals. Often, I refer cases to them as an independent whistleblower. I teach white-collar crime classes for various government entities, professional organizations, businesses, and colleges and universities. I do not seek or want forgiveness for my vicious crimes from my victims. My past sins are unforgivable.

I do not own any Green Mountain Coffee Roasters securities long or short.
Posted by Sam Antar at April 24, 2012